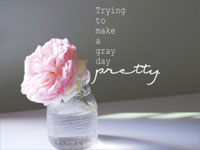 After the Summer Olympics are over， when all the athletics have gone home and the television audience has switched off， another group of athletics and fans will arrive at the host city， and another competition will begin. These are the Paralympics， the games for athletes with a disability. But in Beijing in 2008， for the first time， one of the greatest paralympics will not be taking part.

She is a British athlete by the name of Tanni Grey-Thormpson. Born with spine bifida （脊椎裂） which left her paralysed from the waist down. Tanni used a wheelchair from the age of 7. At first， she was not keen on sport， apart from horse-riding， which gave her a sense of freedom. But in her teens， she started taking sports more seriously. She tried swimming， basketball and tennis. Eventually she found athletics， and never looked back.

Indeed， Tanni"s athletic career took off. In 1984， when she was 15， she pulled off a surprise victory in the 100 metres at the Junior National Wheelchair Games.

In 1998， Tanni went to her first Paralympic Games in Seoul. She won bronze in the 400 metres. Even greater success followed at the 1992 Barcelona Paralympics. Tanni won gold in the 100， 200， 400 and 800 metres relay， setting two world records in the process. In the same year she achieved the first of her six London Wheelchair Marathon victories.

Tanni's enduring success had been part motivation（动机）， part preparation， "The training I do that enables me to be a good sprinter（短跑运动员） enables me to be good at a marathon too. I train 50 weeks of the year and that keeps me prepared for whatever distance I want to see…。 I am still competing at a very high lever， but as I get older things get harder and I want to retire before I fall apart."

Indeed Tanni retired finally after the Visa Paralympic World Cup in 2007. Her wish is to coach young athletes for Beijing 2008 Olympic Games.

In spite of ups and downs， she never take her fate lying down. In her splendid life， she has won an amazing eleven gold medals， four silvers and one bronze in series of Paralympics－a top level athletic career covering two decades. She has won the London Wheelchair Marathon six times， more than any other competitor， and she has set over thirty world records.

What advice does she have for young athletes？ "Work hard at your studies， and then train， train and train again."

1. Which of the following sports did Tanni like before thirteen？

A. Basketball B. Swimming.

2. When did Tanni win her first Olympic gold medal？

A. fifty weeks' training B. being a good sprinter

4. What's the right order of the events related to Tanni？

a. She works as a coach.

b. She took up athletics.

d. She competed in her first Paralympic Games.

e. She achieved a victory in her first London Wheelchair Marathon.

5. What can we learn from Tanni's success？

A. Union is strength. B. Never too late to learn.

C. Well begun is half done. D. No pains， no gains.